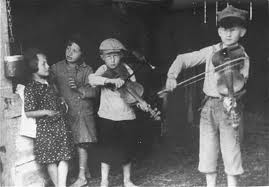 Magnificat * anima mea Dominum. Et exsultavit spiritus meus * in Deo salutari meo. Quia respexit humilitatem ancillae suae: * ecce enim ex hoc beatam me dicent omnes generationes. Quia fecit mihi magna qui potens est: * et sanctum nomen eius. Et misericordia eius a progenie in progenies * timentibus eum. Fecit potentiam in brachio suo * dispersit superbos mente cordis sui. Deposuit potentes de sede, * et exaltavit humiles. Esurientes implevit bonis: * et divites dimisit inanes. Suscepit Israel puerum suum, * recordatus misericordiae suae. Sicut locutus est ad patres nostros * Abraham at semini eius in saecula. Gloria Patri, et Filio, * et Spiritui Sancto. Sicut erat in principio, et nunc, et semper, * et in saecula saeculorum. Amen. My soul doth magnify the Lord. And my spirit hath rejoiced in God my Saviour. For he hath regarded the low estate of his handmaid: for behold from henceforth all generations shall call me blessed. Because he that is mighty hath magnified me: and holy is his name. And his mercy is from generation unto generations, to them that fear him. He has shown strength with his arm, he hath scattered the proud in the imagination of his own heart. Hath put down the mighty from their thrones, * and lifting up the lowly. Hath filled the hungry with good things, * and the rich he hath sent empty away. He hath received Israel his servant, being mindful of his mercy. As he spake to our fathers, * to Abraham and to his seed for ever. Glory to the Father and to the Son, * and to the Holy Spirit. As it was in the beginning, is now, and ever shall be, * world without end. Amen.

Inside the Old Synagogue. The Old Synagogue is an Orthodox Jewish synagogue in the Kazimierz district of Kraków, Poland. It is the oldest synagogue building still standing in Poland, and one of the most precious landmarks of Jewish architecture in Europe.In 1794 General Tadeusz Kościuszko spoke from the synagogue to gain the Jewish support in the struggle for Polish independence. A plaque in the entrance hall commemorates this event:  “The Jews proved to the world that whenever humanity can gain, they would not spare themselves.” – General Tadeusz Kosciuszko [1]The synagogue was completely devastated and ransacked by the Germans during World War II. Its artwork and Jewish relics, looted.During the occupation, the synagogue was used as a magazine. In 1943, 30 Polish hostages were executed at its wall.[3] The Old Synagogue was renovated from 1956 to 1959 and currently operates as a museum. It is a Division of the Historical Museum of Kraków, with particular focus on Kraków’s Jews. The exhibits are divided into themes dealing with birth, prayer rituals, diet, divorce and death. The beautiful women’s prayer room, which dates from the 17th century, is often used to hold temporary exhibitions.

Musafir mochre aankhi jol phire chol apanare niya apone phute chilo phul, kiache apone choriya, musafir mochre aankhi jol, re pagol eki durasha jole tui bhadh bi basha, mete na hethai piyasha,  jethaanai trisha dhoriya musafir moch re ankhi jol, boroshai phutlo na bakul,payush phut be ki she phul, ae deshe jhare shudhu bhool, nirashar kanon bhoriya, musafir moche re abi katoi deyali jalili tor alo jali, alona tor bonomali andhar tori dhuliya musafir moch ankhi jol phire chol.  Traveller wipe the tears from your eyes, and turn back taking yourself with you. Your flowers blossomed within themselves. Traveller, companion wipe your eyes let us go back. O crazy one what misfortune has befallen that you want to build your home on this flood. Yet the thirst for what is here is never quenched, hold as you do on to even the trivial. Friend wipe your eyes. In the rain when the seasonal flowers did not bloom, do you think that they will bloom now? In this country only wrongdoing occurs, filling ears with hopelessness.  O poet how many occasions will you bind to the festival in order to light the spark of your being? Your Gardener never came leaving you alone and abandoned. Traveller, wipe the tears of your face and turn away now.