Alexander Hamilton and Aaron Burr Dueled to the Death

Standing on the heights of Weehawken, New Jersey, Hamilton and Burr fired their pistols. Some people said that Hamilton purposely missed Burr. Burr’s shot wounded Hamilton leading to his death the following day. However, Aaron Burr escaped unharmed.Settling differences with a duel had been the custom before the American Revolution of 1768?. In 1804 dueling was no longer legal. Where both candidates were political leaders. Burr was indicted for murder but the charges were later dropped.   Politicians now use debates and the press to settle their differences. Dueling and other violence have never been an intelligent way to solve a problem. In a duel, the loser lost more than just an argument; he lost his life. 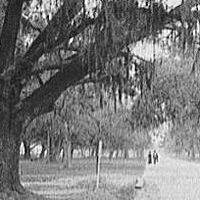