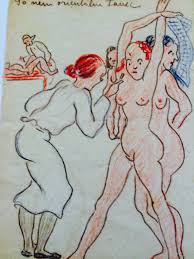 Is the concept of dignity without legal standards of any use to anyone? Two opinions.

In 2008, The President’s Council on Bioethics tried to arrive at a consensus about what dignity meant but failed. Edmund D. Pellegrino, M.D., the Council’s Chairman, says in the Letter of Transmittal to the President of The United States, “… there is no universal agreement on the meaning of the term, human dignity.”

Moral, ethical, legal, and political discussions use the concept of dignity to express the idea that a being has an innate right to be valued, respected, and to receive ethical treatment. In the modern context dignity can function as an extension of the Enlightenment-era concepts of inherent, inalienable rights. English-speakers often use the word “dignity” in proscriptive and cautionary ways: for example, in politics it can be used to critique the treatment of oppressed and vulnerable groups and peoples, but it has also been applied to cultures and sub-cultures, to religious beliefs and ideals, to animals used for food or research, and to plants. “Dignity” also has descriptive meanings pertaining to human worth. In general, the term has various functions and meanings depending on how the term is used and on the context. Wikipedia.