Alternately, the term “the politicization of aesthetics” has been used as a term for an 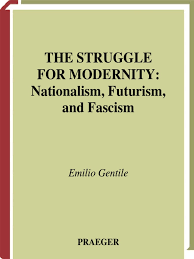 ideologically opposing synthesis, sometimes associated with the wherein art is ultimately subordinate to political life and thus a result of it, separate from it, but which is attempted to be incorporated for political use as theory relating to the consequential political nature of art.  In Benjamin’s original formulation the politicization of aesthetics was treated conceptually as the polar opposite of the aestheticization of politics, the former treated as a kind of revolutionary praxis and the latter as fascism.