What we are experiencing today are turbulent times. Unrelenting attacks on average people as in 2016 attacks in Paris, France and other nations have now become common. To settle power struggles between nations, freedom has lost out. This is because freedom has become an exercise of conquest.  This freedom obeys the “will to power” as the philosopher Nietzsche famously claimed.  Freedom in such a manifestation will only allow success of political and economic objectives. What is needed instead is a separate manifesto.  A manifesto that allows freedom to be based on human destiny.  To safeguard this manifesto requires a shift in principles.  Freedom must follow laws and their counterparts, morals and morality.  Their brilliant lights must be our guides. A world that is governed by moral laws alongside human character that is based on non-violent principles is a world that is happy, prosperous and safe.  It has been the effort of conscientious people in history to bring about necessary radical changes. MK Gandhi, Martin Luther King, Mandela and scores of others whose names are not known but have shed blood will help chart the way forward. Utilizing the acumen of history, it is once again possible to build a world based on morality and its subsequent blessings, chief of them being freedom. 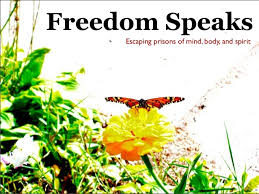