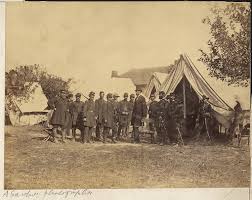 According to Lincoln, “The Confederacy sought to place capital on an equal footing with, if not above labor, in the structure of government,” he said. “It is assumed that labor is available only in connexion with capital; that nobody labors unless somebody else, owning capital, somehow by the use of it, induces him to labor.” Those who accepted this notion accepted by extension that “all laborers are either hired laborers or what we call slaves. And further it is assumed that whoever is once a hired laborer is fixed in that condition for life.” For Lincoln to say this, and thus denigrate the Southern economy and ideology was nothing new; he and his fellow Republicans had offered similar arguments. He considered that “Labor is prior to and independent of Capital. Capital is only the fruit of labor, and could have never existed if labor had not first existed. Labor is prior to and independent of Capital. Labor is the superior of capital and deserves much the higher consideration. Not that Capital lacked the right to protection.