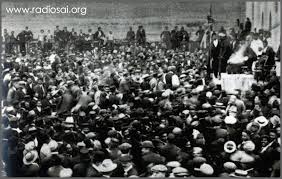 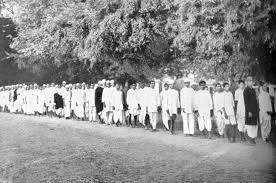 Government of the Transval crossed the border in 1914 in defiance of the Transvaal Immigration Law and compelled the government to arrest them. While it failed to provoke them to violence or to coerce them into submission, it yielded to their demands. A body of civil resisters is therefore, like an army subject to all the discipline of soldier, only harder because of want of excitement of an ordinary soldier’s life. And as a civil resistance army is or ought to be free from passion because free from the spirit of retaliation, it requires the fewest number of soldiers. Indeed one perfect civil resister is enough to win the battle of Right against Wrong. Young India, November 10, 1921. Discipline has a place in nonviolent strategy, but much more is required. In a Satyagraha army everybody is a soldier and a servant. But at a pinch every satyagrahi soldier has also to be his own general and leader. Mere discipline cannot make for leadership. The latter calls for faith and vision. Harijan, July 28, 1940.