Socrates and his endeavor for authority.

Concern with authority is as old as human history itself. Eve’s sin was to challenge the authority of God by disobeying his rule. Frank Furedi explores how authority was contested in ancient Greece and given a powerful meaning in Imperial Rome. Debates about religious and secular authority dominated Europe through the Middle Ages and the Reformation. The modern world attempted to develop new foundations for authority – democratic consent, public opinion, science – yet Furedi shows that this problem has remained unresolved, arguing that today the authority of authority is questioned.

Socrates personified the attitude that culture subsequently be conceptualized as authority. His response to the competing projects to construct authority was to promote and ideal of moral authority through the celebration of moral expertise. Does that mean that he prevailed in his time? His exalted view of the moral superiority of the expert makes him potentially indifferent to the opinion of others. Indeed he seems to assume that such opinions are erroneous precisely because they are held by many people. Yet he was not uninterested in public opinion.  It was precisely because he believed that through dialogue people’s opinion could be clarified that he spent conversing. For  Socrates, dialogue was akin to midwifery and his aim was to assist others others to give birth to what “they themselves thought any how; to find the truth of their opinion.”  Socrates invested his hope in persuasion to forge a genuine consensus and he therefore did not see the need for a distinct group of rulers.  The importance that Socrates attached to dialogue and the pursuit of truth suggests that his statements on authority are that wisdom and truth authorise public behavior. He was hesitant about pushing the idea of a moral expert too far, and in numerous dialogues the “claim of statesmen and citizens alike to moral expertise” is repeatedly revealed as fiction. His belief in dialogue did not contradict his worth more than others. 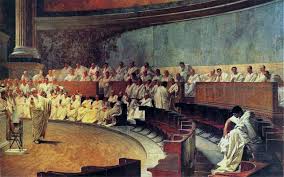 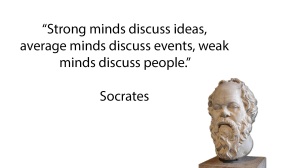