The Beginning …from the Barbarism of Every Man for Himself to a More Civilized Society. 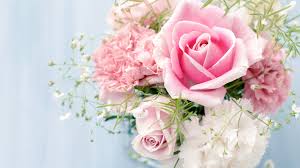 In civilized societies (as opposed to some hypothetical “state of nature” or the Wild West), governments empower police to protect citizens and provide a system of laws and courts to administer justice. The tradeoff in English law – which was the origin of American laws on this and many subjects – was to limit the situations when individuals may use deadly force to take the law into their own hands. Shooting puts innocents at risk, constitutes “vigilante justice” and bypasses the courts. The United States and domestic terror. Are you a victim or a provocateur? Please find the resources to comment.

And it’s not just a matter of the state allocating power between it and its citizens. No matter how engagingly movies and video games portray it, “every man for himself” is contrary to the personal values of civil people.

Throughout time, constables received special training. The law didn’t give law enforcement officers (“LEO’s”) open-ended authority to use lethal force either, for they must not become the public’s judge and jury. LEO’s are expected to be peacekeepers first and foremost. Their mantra is to reduce conflict through negotiation without anyone getting hurt. They get elaborate training to recognize and defuse unknown and potentially dangerous situations whenever possible, to act with caution and restraint, unusual patience, a clear mind and a cool head. None of these are traits associated with causing or encountering a sudden dangerous situation. They are skills, reactions learned from training and experience. So, what room was there for a civilian to use deadly force? Historically, very little.

Even for defense of the most sacrosanct aspects of life – self-preservation and the safety of loved ones – common law (which is law derived from court decisions, not legislated in statutes) imposed many conditions: – The case, after all, is murder. Taking the life of another human being is final. It couldn’t be lightly excused or justified. The risks were great of making a mistake in the tension of a moment, a momentary lapse of judgment, the understandable rush of adrenalin. So, self-defense developed as only a defense and the burden of proving it rested entirely on the wielder of a deadly weapon.

– The threat must be present and immediate or as sometimes phrased, imminent and unavoidable. Note, these terms do not describe the same things! The belief that there will be harm in the future was not enough to justify the use of force. Nor – under most circumstances – was harm done in the past. (To get ahead of ourselves, such considerations are critical when battered women raise claims of self-defense. Part 3 of this series deals further with domestic violence.)

– Proportionate Response. The rule was to use only such force as necessary to repel an intruder or trespasser, and deadly force only when deadly force was palpably threatened. Pointing a gun at someone is such a threat. Whether displaying a gun is such a threat may be another matter, but it is enough to turn a crime into an “aggravated offense” in most states.

– Even though being in imminent peril of severe bodily harm or death is a subjective reaction, the burden was to justify force by objective standards: what would a reasonable person have done under the circumstances?

– Except in extreme situations, one may not provoke an attack and may not pursue someone who is fleeing. (That’s pretty sensible advice apart from the law!) The law was to the contrary. It imposed an affirmative duty to retreat, an understandable concept for a society which moved beyond “Every man for himself.”

Where There is No Place to Retreat – the Castle Doctrine.

Against intruders in one’s home, there may be little if any room to retreat. Over time, the strict legal approach yielded to another classic principle of English law – that a man’s home is his castle. The rightful occupant of the premises had a right to exclude others, including the King’s constables (except under very circumscribed conditions).

With that tenet in mind, many jurisdictions largely relieved the duty to retreat within one’s home or workplace.

Still, the risks of taking someone else’s life were no less. After all, the “intruder” might be a family member unexpectedly returning home or a neighbor in need of aid. To justify using deadly force, an occupant still must fear for his life or that of loved ones. The burden to justify one’s conduct by objectively reasonable standards remained on the one who took a life.

Over time, some jurisdictions began relaxing aspects of these matters, too, such as allowing force against a home invasion (like a burglary – entering a premises to commit theft) where there was no immediately observable threat of bodily harm.  A few presaged SYG laws and went beyond the home adding – when occupied – one’s vehicle and/or workplace. Yet the core of these principles remained.

An underpinning of self-defense in the home was often not acknowledged explicitly in the cases, even though it was fundamental: – the self-defender was in a place he or she had a right to be, and
– the “intruder” was not, and – both knew it!  The danger of a forceful response to a perceived threat is just that – the threat is perceived.