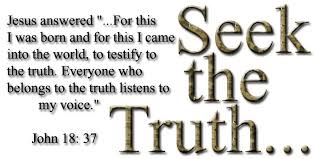 We know more from nature than we can at will communicate. Its light flows into the mind evermore, and we forget its presence. The poet, the orator, bred in the woods, whose senses have been nourished by their fair and appeasing changes, year after year, without design and without heed, — shall not lose their lesson altogether, in the roar of cities or the broil of politics. Long hereafter, amidst agitation and terror in national councils, — in the hour of revolution, — these solemn images shall reappear in their morning lustre, as fit symbols and words of the thoughts which the passing events shall awaken. At the call of a noble sentiment, again the woods wave, the pines murmur, the river rolls and shines, and the cattle low upon the mountains, as he saw and heard them in his infancy. And with these forms, the spells of persuasion, the keys of power are put into his hands.  The world is emblematic. Parts of speech are metaphors, because the whole of nature is a metaphor of the human mind. The laws of moral nature answer to those of matter as face to face in a glass. “The visible world and the relation of its parts, is the dial plate of the invisible.” The axioms of physics translate the laws of ethics. Thus, “the whole is greater than its part;” “reaction is equal to action;” “the smallest weight may be made to lift the greatest, the difference of weight being compensated by time;” and many the like propositions, which have an ethical as well as physical sense. These propositions have a much more extensive and universal sense when applied to human life, than when confined to technical use.