Benito Mussolini’s philosophy represents fascist ideology that is actually thousands of years old. The centralization of political power and control of citizens by an authoritarian state are political trends that date back to the dawn of history. The political philosophy of India’s first great empire, the Arthashastra was for a complete totalitarian system of government. During the third century B.C., Chandragupta I was creating the first major empire in India. This empire had a totalitarian political master plan outlined in a very detailed book by Kautilya, the Emperor’s Prime Minister, called the Arthashastra.  Systems for setting up a secret police and other agencies familiar to modern tyrannies are discussed in minute detail. There is no doubt about the historical reality of the caste system in India from the ancient world to modern times. It is not an accident that Hitler and Himmler regarded ancient India as a model for their plans in Europe. It is also not an accident that Arthur de Gobineau, the intellectual founder of modern racism, used ancient India as the model for his ideas. After the downfall of Hitler and the revelations about the Holocaust some scholars tried to suggest that the Book of Manu was not authentic. 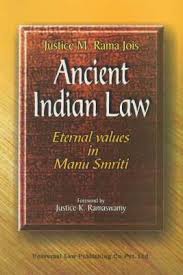