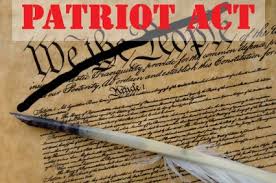 The intent was to review the USA PATRIOT Act to make sure it does not “inappropriately undermine civil liberties.”[2] Its name, as described in Sec. 2, No. 1, refers to Benjamin Franklin‘s famous quote, “Those who would give up Essential Liberty, to purchase a little temporary Safety, deserve neither Liberty nor Safety.”