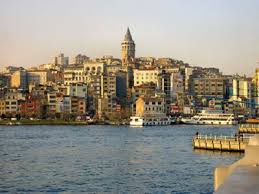 Neo Fascism, a modern phenomenon NOT.

Neo Fascism is a post–World War II ideology that includes significant elements of fascism. Neo-fascism usually includes ultranationalism, populism, anti-immigration policies or, where relevant, nativism, anti-communism, anti-marxism and opposition to the parliamentary system and liberal democracy. Allegations that a group is neo-fascist may be hotly contested, especially if the term is used as a political epithet. Some post–World War II regimes have been described as neo-fascist due to their authoritarian nature, and sometimes due to their fascination and sympathy towards fascist ideology and rituals. Post-fascism is a label that has been applied to several European political parties that espouse a modified form of fascism and which partake in constitutional politics. 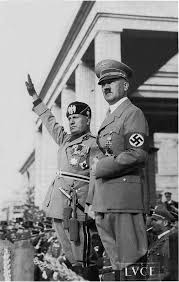 In April 1918, during the latter part of World War I, the Viceroy invited Gandhi to a War Conference in Delhi. Perhaps to show his support for the Empire. Gandhi agreed to actively recruit combatants. In a June 1918 leaflet entitled “Appeal for Enlistment”, Gandhi wrote “To bring about such a state of things we should have the ability to defend ourselves, that is, the ability to bear arms and to use them…If we want to learn the use of arms with the greatest possible despatch, it is our duty to enlist ourselves in the army.”  The question of the consistency between his creed of ‘Ahimsa’ (nonviolence) and his recruiting campaign was raised not only then but has been discussed not thoroughly enough.

The intent was to review the USA PATRIOT Act to make sure it does not “inappropriately undermine civil liberties.”[2] Its name, as described in Sec. 2, No. 1, refers to Benjamin Franklin‘s famous quote, “Those who would give up Essential Liberty, to purchase a little temporary Safety, deserve neither Liberty nor Safety.” 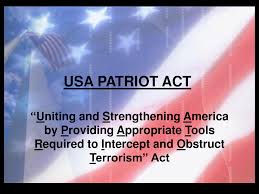 The Patriot Act’s full title is Uniting and Strengthening America by Providing Appropriate Tools Required to Intercept and Obstruct Terrorism Act of 2001. It’s split into 10 parts, and it covers a lot of ground. Here is a summary.

Title I – This section pertains to the protection of civil liberties. It authorizes federal money to accomplish much of the act’s provisions and authorizes the Secret Service to create a nationwide electronic crime task force. This section also gives the president the authority to confiscate the property of any foreign person who is believed to have aided in a war or attack on the United States. Such seizures can be submitted secretly to courts as evidence.

Title II – This section broadens the ability of law-enforcement agencies to conduct surveillance on “agents of foreign powers.” It allows the interception of communications if they’re related to terrorist activities and allows law-enforcement agencies to share information related to terrorist activities with federal authorities. In addition, Title II authorizes roving surveillance — that is, a court order allowing surveillance on a particular person allows officers to use any means available to intercept that person’s communications, regardless of where the person goes. Previously, a court order would only allow a wiretap on a specific line in one location. Further, it allows the government to order files from the providers of communications services with details about specific customers’ use of the service. For example, an Internet service provider can be ordered to provide information on IP addresses, login times and sites visited. Title II also allows delayed notification of search warrants, meaning a suspect’s house could be searched while the suspect isn’t present, and the suspect would not be notified of the search until after it was carried out. The wide-ranging Title II included many other relatively minor clauses.

Likewise, other verses (Lev.20:2-5;cf.24:22) speak only of sojourners abiding by the Jewish laws of the land while they are visiting Israel. But this does not mean that the law of Moses is given for the alien any more than keeping Islamic law while traveling in a Muslim country shows that God intends everyone to be a Muslim. Yet Jews and non-Jews alike surely are under the natural law (general revelation), which forbids murder, adultery, sodomy, and the like (Lev. 18:24). This is precisely what Paul says in Romans 2:12-15:those “who do not have law of Moses]” nevertheless have a “law written on their hearts.” It is also is what America’s founding fathers meant by “Laws of Nature” that come from “Nature’s God” (in the Declaration of Independence).

Leave your comments. Say something valuable. Thanks, moralupbringing’s staff.

Morality is the connection of/between human and the divine. Free will is choosing whether God is used to further his purpose or ours.  Moral will is the understanding that the value of property relies on the consummation of God’s Kingdom, NOT ours. 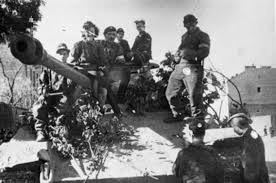 Norway was invaded by the Nazis on April 9, 1940. Within two months, the Nazis had crushed Norwegian military resistance and installed a puppet government. Norwegians responded to the occupation of their country both nonviolently and violently. Because of the unprovoked aggression that the Nazis unleashed upon them, many Norwegians felt that all forms of resistance were fully legitimate. However, most saw nonviolent resistance as the only practical option, given the massive military advantage of the occupying military forces.

This resistance was centered on the question of how Norway could maintain its cultural and national identity during an occupation of indefinite length. Therefore, it largely began with people wearing lapel pins and other symbols of Norwegian solidarity. A particularly popular symbol was the paper clip, which meant “stay together.” On the king’s birthday, Norwegians wore flowers to show support for their exiled king. As their wearers grew more and more self-confident in their protests, the people would add to their lapel pins so that the symbols “grew.” While this was largely a nonviolent protest, some people responded to having their pins ripped off by soldiers by placing sharp blades behind the pin to harm anyone who tried to rip it off. The protests were fueled by the presence of the Nazis and many actions of the occupation government, led by the fascist “Minister-President” Vidkun Quisling, a Norwegian collaborator, only increased the size of the resistance. For example, the creation of a compulsory fascist Youth Front led the Bishops of the State Church to resign.

The Teachers’ Defense of Education should be understood as a part of this continual resistance against fascism, which continued up through the liberation of Norway. While it is arguably the highpoint of Norwegian nonviolent resistance during World War II, it did not occur in a vacuum. Quisling and his Nazi backers wished to create a Corporative State, meaning a state where the entire society is geared towards fascist goals. When Quisling attempted to transform the education system for this purpose, the teachers responded with a very successful defense.

Quisling created a new Norwegian Teacher’s Union, which was to be led by the Norwegian storm troopers (occupation forces), and required all teachers to join on February 5, 1942. Almost immediately, an underground group in Oslo sent out a short statement for teachers to copy and mail to the authorities stating their refusal to participate, with their name and address affixed. This tactic worked best in urban areas, where teachers were able to learn of the plan in time to participate and between 8,000 and 10,000 of Norway’s 12,000 teachers participated.

The teachers’ action created panic in the Quisling government, and he ordered schools to be closed for a month. This decision sent the school children back home to some very irritated parents, 200,000 of who wrote letters of protest to the government. In addition, teachers continued to hold their classes in private, defying government orders.

Again, Quisling was outmaneuvered by the Norwegian resistance, and so the occupation government ordered roughly 1,000 male teachers to be arrested and jailed. Underground organizations continued to pay the salaries of the incarcerated teachers, removing financial pressure on the prisoners and striking teachers. However, the Gestapo used inhumane tactics in an almost entirely unsuccessful attempt to break the teachers. Rumors about the fate of the prisoners also increased pressure upon the campaign, but the teachers endured.

In April the government sent 499 teachers to a concentration camp near Kirkenes, in the arctic. When news of this action was leaked crowds of students and farmers gathered along the tracks to sing and offer food as the train passed. The teachers also formed their own choirs and gave lectures in order to maintain their sanity and pass the time. Around a month after their arrival in Kirkenes, word came in mid-May that the occupation government’s Church and Education Department had given up on creating a fascist teachers’ organization, and the teachers asked to return to their schools but they did not receive a response. During their time at Kirkenes, a teacher died and several were injured from the forced labor, but a German soldier secretly showed the teachers how to create beds out of hay to ease their conditions.

Eventually it became clear to Quisling that while the approaching winter might force the teachers to capitulate, he would lose whatever legitimacy he had left in the eyes of the population. By November 4, 1942, the teachers had all returned from the concentration camp. Thanks perhaps in equal measure to Norwegian pride and fascist oppression, the people of Norway had solidified into a resistance movement that successfully defended the schools from incorporation into the fascist state. The people would continue to give Quisling so much difficulty that he was ultimately forced to give up on his idea of the Corporative State altogether. Norwegian culture was successfully defended during the occupation.