Ever wondered what these words mean? Here is an idea, quoted from a document prepared by Lynne Meredith:

Protecting your Rights by Signing Documents “WITHOUT PREJUDICE” by Lynne Meredith.

It is a maxim of American law that any statute contrary to the Constitution, which is the supreme law of the land, is null and void and no Citizen is bound to obey an unconstitutional law.

“An unconstitutional statute, though having the form of law, is in reality, no law and imposes no duties, confers no rights, creates no office, bestows no power on anyone and justifies no actions performed under it…” (late Am Jur 2d Sec. 256).

It is also a maxim of the Common Law that no Sovereign American Citizen of the 50 Republic states can be compelled in any action against his or her will. The 50 Republic states currently have an admitted [Territorial] “Government de facto,” which Black’s 2nd Law Dictionary defines as, “a government not established according to the Constitution … a government deemed unlawful, deemed wrongful or unjust, which nevertheless receives habitual obedience from the bulk of the community.”

When the Citizen educated in the constitutional, lawful and just (de jure) American law decides he or she no longer wishes to join the herd of habitually obedient (enslaved) sheep being led to slaughter by blind and unquestioned obedience to unconstitutional, unjust, and unlawful laws, he or she is sometimes faced with defacto employees and foreign agents, uneducated in law, oblivious to our Constitution and drunk with a false sense of power. Faced with guns, handcuffs and a potential night in jail while the law is debated, such a Citizen can be put in a position of “compromise” in order to “buy their peace.” There is a remedy and recourse, out of “de facto” statutes and back to “de jure constitutional law.”

Typically all it takes to “buy your peace” with the de facto government agent or official is a signature. In their mind, you have consented to waive your rights. However, if you write the words, “Without Prejudice” above your signature, you are declaring that you are not waiving any of your rights under the Constitution or Common Law and any document containing the words “Without Prejudice” cannot be used as evidence against you, in Court or otherwise.

“Where an offer or admission is made “without prejudice,”… it is meant as a declaration that no rights or privileges of the party concerned are to be considered as thereby waived or lost…” Black’s Law Dictionary.

The following information comes from Bouvier’s 1914 Law Encyclopedia, under “Compromise.”

“It must be permitted of men to buy their peace without prejudice to them. It has been held that one may buy his peace by compromising a claim which he knows is without right (Daily v. King 70 Mich. 568, 44 N.W. 959) but the compromise of an illegal claim will not sustain a promise.” Read v. Hitching. 71 ME 590.

Documents Signed “Without Prejudice” are Not Admissible as Evidence “It may, however, be considered settled that letters or admissions containing the expression in substance that they are to be ‘without prejudice’ will not be admitted in evidence…an arrangement stating the letter was without prejudice was held to be inadmissible as evidence … not only will the letter bearing the words, “without prejudice” but also the answer thereto, which was not so guarded, was inadmissible …”. Ferry v. Taylor 33 Mo. 323, Durgin v. Somers, 117 Mass 55, Molyneaux v. Collier 13 Ga. 406.

When you do not want to be “presumed” to be waiving rights or acquiescing to de facto statutes, you should sign all documents, “without prejudice,” above your signature. These documents cannot then be used as prima facia evidence against you. However if you are making claims that you may want to use as potential evidence in your favor, do not sign “without prejudice.”.

“Whereas it is essential, if man is not to be compelled to have recourse, as a last resort, to rebellion against tyranny and oppression, that human rights should be protected by the rule of law,” Universal Declaration of Human Rights. 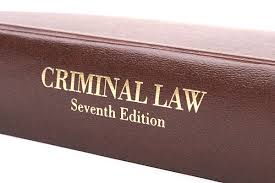